JewishDrinking.com is the #1 English-speaking resource for Jewish wisdom, history, textual, and other similar resources regarding drinking. There’s a lot in the Jewish tradition about drinking – whether in the Torah, Talmud, history, or more – why wouldn’t there be a website about it? 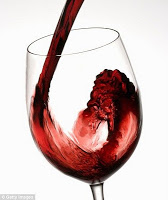 While it started out as a place for clever and insightful blog posts about Jewish drinking texts, it quickly morphed into also providing podcast/video episodes with notable guests speaking about intriguing topics.

That then led into the crazy possibility of parashah sheets!

While it would have been perfectly on-brand to say that this website was inspired at a moment of drinking while at a kiddush or Shabbat meal, the truth is that it was soberly considered over the course of a much longer duration of time.

What follows is the Who, What, Where, When, Why, and How about JewishDrinking.com:

The Internet needs it.

Here’s the longer version: This website is the result of regret.

Having realized that there’s no time like the present and really wanting to publish my intellectual output regarding Jewish texts, I created Textual Insights at the beginning of 2019. While my focus was on rabbinic literature, I also included post-Talmudic halakhic literature, as well as Biblical literature. My mistake that I realized was that most of my writing concerned drinking and that I should have created a Jewish drinking website. Recently, while hearing about the need to focus and develop a specialty, I decided I needed to get past my regret and create a site dedicated to this topic.

Judaism has a lot of wisdom on life and, since drinking alcoholic beverages has been a cornerstone of humanity for thousands of years, Judaism has a lot to say about this topic. Moreover, there is much material in Jewish texts concerning drinking and people are interested in what our tradition has to say. This website seeks to connect those looking for these texts and the texts.

It’s a website: I upload stuff to the Internet.

But…while you’re asking, I do need to figure out revenue to support this website: interested in supporting this work? Hit me up at Drew@JewishDrinking.com and let’s chat!