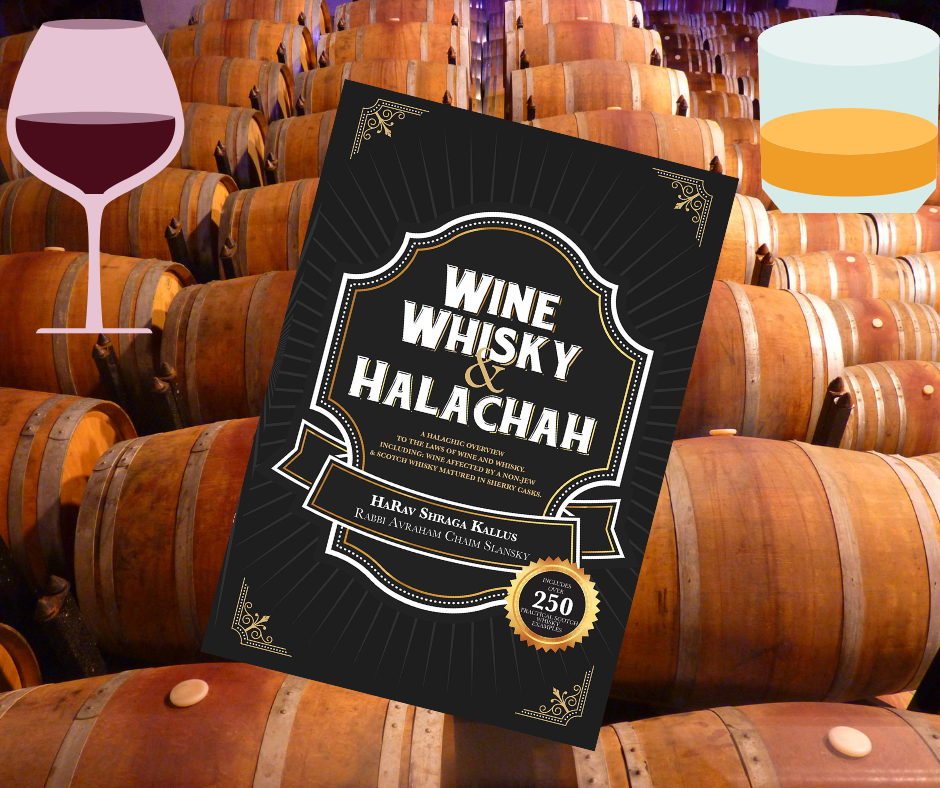 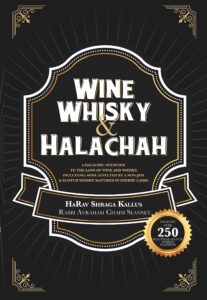 I finally decided to order Wine, Whisky & Halachah so that I could read it and see what was inside of it. It had first appeared on my radar when I saw a review of it in the spring 2020 issue of Jewish Action (pp. 104-105 by Rabbi Eli Gersten), but I was finally moved to read it when it came up in discussion with one of my upcoming guests for The Jewish Drinking Show. So, I purchased it, with the book arriving on Wednesday and I availed myself of reading it on Friday night.

This book, the full title of which is Wine, Whisky, and Halachah: A Halachic Overview to the Laws of Wine and Whisky, Including Wine Affected by a Non-Jew & Scotch Whisky Matured in Sherry Casks, is authored by Rabbi Avraham Chaim Slansky, based off of lectures by Rabbi Shraga Kallus. While Rabbi Slansky positions Rabbi Kallus as either the primary author or a co-author, according to his letter of approbation at the outset of the book, he acknowledges that it was written by Rabbi Slansky and he saw pieces from each topic. As such, I will be referring to Rabbi Slansky as the author of this book, the first edition of which was published in 2017 and the second edition in 2018. This book is structured in three parts, the first of which is about wine, the second part about Scotch, and the third about Scotch that Rabbi Slansky considers to be acceptable to drink or not. Ultimately, his concern in this book is the matter of gentile wine, both as wine, as well as in Scotch.

Let me start off with one aspect of the book I like that I find valuable and I will continue returning to the book for, which is the footnotes that not only cite halakhic sources, but also quote extensively from them, which is quite helpful for me and, I imagine, many readers who will want to see the original sources in Hebrew. Another useful aspect of the book is that even when I disagree with some of the conclusions, it is at least helpful to see how he positions these matters. 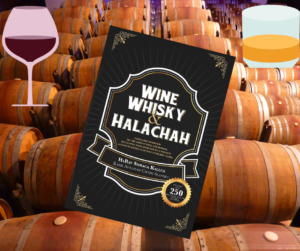 Having mentioned those positives of the book, one broad overarching issue I have with the book is its tone. One aspect of the tone is with regards to the way it orients itself in manners of leniencies and stringencies, as he heavily avoids leniencies and seeking out stringencies, which is off-putting, but in no way does Rabbi Slansky articulate why it is necessarily good to be stringent in these matters.

Another matter of tone that greatly bothered me was the way Rabbi Slansky regards gentiles. While Rabbi Slansky looks somewhat askance at gentiles, the issue I have is the way he discusses Christians in terms of idol-worshipping. He mentions that some more religious Christians may be considered real idol-worshippers, but less religious ones may not be, he does not articulate which ones are or which ones aren’t or even which denominations. Meanwhile, he lets Muslims off the hook easily without any discussion of that. There is a lot of halakhic discourse around these topics, yet he does not go into this matter much, which is strange, considering it is significant to the matter of wine in halakhah.

Although Rabbi Slansky cites a lot of sources, there were many times that cried out for citation of sources and yet none were provided. He also writes that boiling is not pasteurization but does not describe why not and what’s problematic or even what’s problematic about it. I see that Rabbi Gersten already noted that glaring lacuna in his review, so I’m glad it’s not just me who is concerned about it.

Rabbi Slansky writes “The issur of Stam Yeinum is based upon the fact that wine was used in idol worship” (66), yet this is absolutely not the case, as he had previously stated that the reason was due to forbidding intermarriage (9). Because Rabbi Slansky confuses יין נסך (libation wine) and סתם יינם (simply gentile wine), this then leads him for the rest of that paragraph – and elsewhere – to confuse when wine is considered to be libation wine (יין נסך) or simply gentile wine (סתם יינם). On a topic such as this, with libation wine being of a more severe restriction, one would expect Rabbi Slansky to differentiate them, yet ends up blending them on multiple occasions.

An overreach that Rabbi Slansky makes is when he writes, “Shulchan Aruch writes that these bliyos of wine are unique in that when they are imparted into another liquid (any non-wine liquid), such transfer of flavor is inevitably lifgam – detrimental – and therefore will be nullified by it” (86). Frankly, this is just wrong, as Rabbi Karo does not specify any particular reason as to why he permits these non-wine liquids to sit in containers that had held gentile wine in his Shulchan Aruch (YD 137:4), whether it’s because this transfer of flavor is detrimental or otherwise. However, that doesn’t stop Rabbi Slansky from running with it and using that reasoning throughout the rest of his section on whisky being stored in barrels that had previously contained gentile wine.

When it comes to why he finds whiskeys that are aged in barrels/casks that previously contained gentile wine to be problematic, he writes

Even if normally there is some room to be lenient like the opinion of Taz (and Chazon Ish); however, that would not apply to a case of Scotch matured exclusively in sherry. This is because the words of the Taz do not apply to cheres Hadreini. Taz was only lenient because he considered the process of k’vishah (bliyos absorbed when a liquid sits in a vessel for twenty-four hours) to be a less aggressive form of bliyos – absorption. Therefore, in a regular case, he was lenient to require only nullification of the bliyos of the innermost layer of the barrel. However, in a case of cheres Hadreini, where specific processes are being employed to enable the barrel to absorb the maximum amount of bliyos, certainly the entire thickness of the barrel must be accounted for. In such a case, Taz agrees with the ruling of Shach, and requires nullification of the entire thickness of the barrel. (100)

Why does this not apply to a case of Scotch matured in Sherry casks? Who said the words of the Taz don’t apply here? Who says Sherry casks are like חרס הדרייני Hadrianic earthenware? Rabbi Slansky does not make a good argument for why Sherry casks should constitute Hadrianic earthenware. In fact, when it comes up earlier, he writes “it would appear that the sherry cask might receive the halachic status of cheres Hadreini” (90), not exactly a strong argument. Moreover, what Rabbi Karo wrote for such earthenware (YD 123:13) does not appropriately describe Sherry casks, not only because they are not ceramic/earthenware, but because they are not intended to express a lot of wine absorbed within them. Whatever comes out may come out, but it is not intended to necessarily express a lot of wine.

Clearly, I do not like that huge turn that Rabbi Slansky makes with regard to Sherry casks, nor do I like his following paragraph:

There is no longer any opinion to rely upon to be lenient! If the Scotch is matured exclusively in Sherry casks, then the wine will not be nullified according to all opinions, and it is forbidden to be consumed. (100)

Following this novel problem with Scotch aged in sherry casks, Rabbi Slansky then provides hundreds of pictures of Scotch and shows which ones are fine to drink for his/their reasoning and which ones are not. Obviously, for those of us who were not swayed by Rabbi Kallus’ and Rabbi Slansky’s novel approach to Sherry casks and are totally fine drinking Scotch aged in them, this third section is useless.

While there are numerous criticisms I have of this book, it is, nevertheless, a handy and helpful guidebook for those, like me, interested in these halakhot.