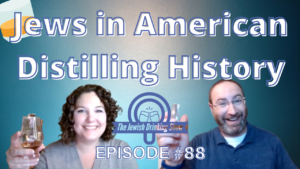 The featured guest to discuss this topic is Maggie Kimberl, who is the President of the Bourbon Women Association, as well as the Content Editor of American Whiskey Magazine. She is a freelance spirits journalist, focusing on whiskey culture in the United States, though she considers herself to be “geographically blessed” to live in the epicenter of the Bourbon world, Louisville, Kentucky. When she’s not covering the Bourbon beat, you can find her browsing through vintage vinyl with her kids or tending to her homegrown tomatoes. You can follow her on Twitter, Instagram, and Facebook.

The episode is available on YouTube below, as well as Apple Podcasts, Spotify, or anywhere else you like to listen to podcasts.